Posted on June 16, 2020 by martinschmidtinasia

Several years ago one of my art students, Sam, felt stuck in her creativity, and as evidence of her malaise, she showed me recent pieces that were awkward, angular, and angry. Two weeks later after doing a regular meditation practice, she began quite unconsciously to produce works like the one above. This is a tangible example of what a Wisdom path for 21st century students might produce.

As a religion teacher committed to the transformation of students, the key question for Spiritual Explorations (SPEX) teachers always involves the outcomes we observe: has our teaching enabled students to become better versions of themselves? Have they changed personally? Is some form of self-transcendence apparent? This, SPEX teachers believe, is the sine qua non of a spiritual curriculum.

And when transformation occurs, can we explain what are the essential ingredients that fostered such growth? We asked students at the end of our grade 9 SPEX class this year to respond to a survey regarding their end-of-year worldview conclusions about spiritual reality. This entry addresses these questions using data from our grade 9 Spiritual Explorations (SPEX) to better understand student engagement in spirituality.

Student Beliefs about the Vertical Dimension

One of the key course concepts in SPEX 9 is the contrast between what we call the horizonal and vertical dimensions of reality. The horizontal refers to the visible, life-in-time aspect of our experience, while the vertical specifies the “spiritual” domain. (To see the activity we use in class to help students determine their beliefs regarding the vertical dimension, see this footnote [1])

Determining students’ viewpoints on this horizontal-vertical mapping is in its essence responding to three fundamental questions: 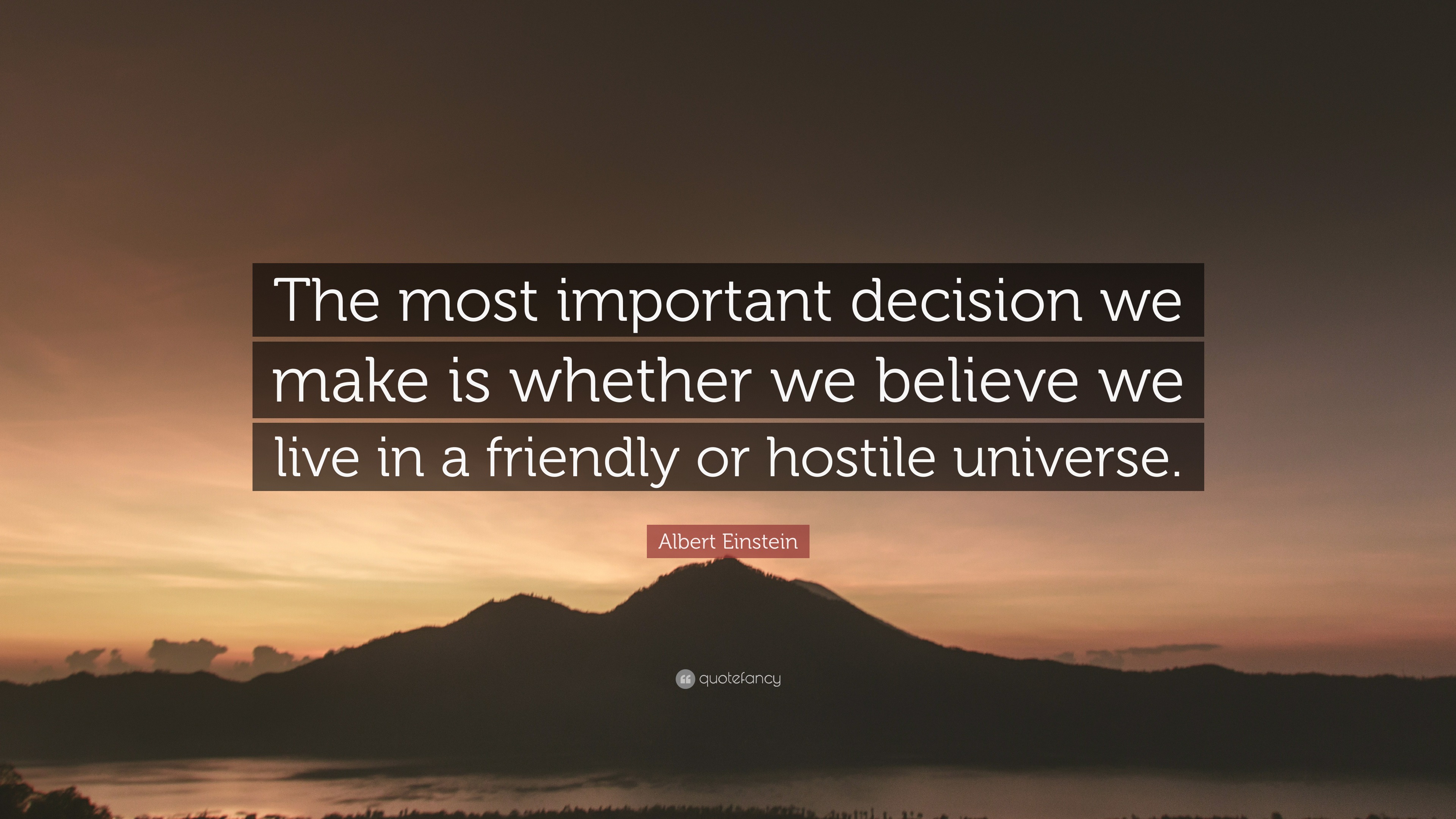 The following figure displays our student responses to their beliefs with regard to the horizontal-vertical dimensions in the last weeks of the course. (The definitions of the key terms are explicated below.)

The most germane point regarding the data is that this question of an existence of a vertical dimension is highly debatable. Removing the students who were unsure of their opinion (7.1%), the following observations can be made:

My spiritual teacher Cynthia Bourgeault asserts that this is the foundational question of life: does a spiritual domain or energy exist? Personally, I can certainly say that this “big question” emerged in my consciousness when I was very young – around five-years old – and remained a pressing concern until my mid-40’s. It was at that time that I met Cynthia and began a regular practice of Centering Prayer, which helped me “live into” a new belief that affirmed spiritual responses to these three cosmological questions.

We as SPEX teachers believe that Spiritual Explorations class should allow students to genuinely and non-coercively encounter many perspectives on this question, encouraging them both cognitively and experientially to explore this huge philosophical issue for themselves.

The survey also suggests what engages – and fails to engage – students’ spiritual curiosity:

These results make the case that employing traditional beliefs and approaches offers little to 90% of students. If we insist on repeating the ways of the past, religion and spirituality will increasingly become irrelevant to students. New and engaging approaches are needed.

The impressive statistic of 19% of students who self-identify as “progressive verticals” suggests a way forward. So what do these students find engaging? Here is the list of statements from our diagnostic survey that describes the progressive vertical worldview:

These statements provide important clues to what 21st century students are looking for in an engaging spiritual worldview:

Thus, we can say that a spirit-filled religion class today should be marked by the following characteristics: mystery, creativity, meaning, awe, beauty, and depth from an interspiritual perspective. Put into more traditional theological language, we as religious educators need to unveil how divine immanence and divine transcendence are experienced, not only in the past, but how such moments, even in their most nascent form, can be cultivated in daily life. This is why we include a spiritual practice in nearly every class period. Perhaps not surprisingly, our two-week spiritual practice project that we do at all four levels of our SPEX program is the most highly valued assignment every year.

The Wisdom path revels in symbolism. One of the universal symbols of East and West is the bridal canopy (yellow at top of picture), which regally frames the abbot’s seat at Tango University above Thimphu, Bhutan. The canopy suggests that the divine interrelationship of love and connectedness that flows among sangha followers along the spiritual path.

As we move towards our conclusion, allow me a relevant aside that continues to resonate with me. Several years ago a colleague and I were sauntering towards the school bus in deep discussion. As we talked, I shared that I had just perused a book by Catholic monk Bruno Barnhardt who asserts early on in The Future of Wisdom: Toward a Rebirth of Sapiential Christianity that Christianity is in dire need of a wisdom path. Drawing from the Hindu tradition, Barnhardt writes that Christianity in the last 100 years has had a rebirth in three of the four traditional spiritual paths:

Even in that moment, I remember a sense of calling: Christianity has had distinctive movements in the devotional, social justice, and contemplative arenas over the past century. However, the fourth path, the wisdom path (jnana yoga), has not manifested itself as a full-fledged movement. Barnhardt’s work is a call for such an initiative.

I believe that SPEX is a pioneering effort in bringing the path of wisdom to contemporary secular-minded and success-oriented students. The essential elements of such a path are now apparent: we need interspiritual approaches that combine inspiring and even soaring ideals that are matched by an array of spiritual practices that students choose for the purpose of self-cultivation. This path needs to be psychospiritual, which means that it aims to benefit students’ mental health, while asking them to keep in mind the three major cosmological questions concerning the vertical dimension outlined above.

The winds of modernity and scientific materialism have battered traditional religion for several centuries now. We as SPEX teachers are well aware how religiosity is on the decline generation by generation in our classes. Yet what this entry demonstrates is that despite this erosion of traditional beliefs, the question of whether a “spiritual world” exists remains highly debatable. Rather than trying to imitate the epistemological instincts of modern science by “proving” that religion is rational — a case that can be employed using insights from, say, positive psychology — SPEX has found that what is more attractive to progressive vertical students are the particular strengths demonstrated by spiritual geniuses from across the cultural spectrum down through the centuries. Spirituality should be an experiential immersion into depth, beauty, and meaning in pursuit of a life well-lived. Endless examples exist in all the world’s cultural traditions to substantiate such claims. Let us dive deep into our interspiritual heritage to find these gems – and begin to offer the wisdom path as a viable conduit of spiritual growth for 21st century students.

I spent a week on Holy Isle, Scotland in June, 2017 on retreat with Cynthia.

[1] Early on in SPEX 9 we ask students to answer the 40 questions below in small groups to help them uncover their worldview assumptions about the nature of reality. The discussions are rich, and we consider this to be one of the most effective and important lessons in the SPEX 9 course.

My Worldview: Do I believe in a Vertical Dimension?

In May, 2012 I traveled to Assisi, Italy to participate in my first spiritual retreat with Cynthia, contemplating what it means to be an “instrument of Thy peace.”

I have served as a humanities teacher at Hong Kong International School since 1990, teaching history, English, and religion courses. Since the mid-1990's I have also come to assume responsibility for many of the school's service learning initiatives. My position also included human care ministry with the Lutheran Church-Missouri Synod in Hong Kong, southern China, and others parts of Asia from 1999-2014. Bringing my affluent students into contact with people served by the LCMS in Asia has proved to be beneficial to students and our community partners alike. Through these experience I have become committed to social conscience education, which gives students the opportunity to find their place in society in the context of challenging global realities.
View all posts by martinschmidtinasia →
This entry was posted in Uncategorized. Bookmark the permalink.