Pedagogy of the Planetarium: Journeying Beyond Outer Space

Posted on July 3, 2019 by martinschmidtinasia

Holding aloft a yellow-tinted orb, the masterful presenter dramatically finished the Griffiths Observatory planetarium show “Centered in the Universe” with a final word: “Looking through a telescope, we are coming to know our home.” This was his response to those universal human questions with which he began the show: who am I, where did we come from, and why are we here? As he slowly delivered his final archetypal line, he brought the glowing sphere from above his head to his torso, where it came to rest as a darkened globe at his heart. I sat motionless, contemplating this act of educational theatre that spoke to me of my whole pedagogical philosophy in a simple gesture.

Cover picture for Griffith Observatory’s “Centered in the Universe” show.

Visiting colleges in the LA area with my son Micah, I came to Griffiths Observatory

mostly because of the movie “Lalaland,” the 2016 Oscar-studded film in which two young professionals, Sebastian and Mia, who are trying to make it in the LA film and music industry, arrive at dusk to the empty planetarium. When Mia puts the show into motion, the two – deeply moved by awe – sense such a deep kinship that they magnetically begin to lean into their first kiss. At that very moment, Sebastian’s handkerchief inexplicably floats upward, cuing Sebastian to lift Mia into the air. The two then dance silhouetted against a cosmic backdrop, bringing into sharp relief the intertwining of two individual quests into a love-fused partnership. The two lovers manifest in dance and flight the same innate yearning to know their place in the “big picture” that the planetarium presenter described.

cosmic shortcut to spiritual growth. Like Sebastian and Mia, such partners root cheerleader-like for the other’s becoming, transforming mundane acts of daily life into challenging and yet joyful self-understandings and self-corrections. Such partners, Cynthia suggests, “touch that original innocence and awaken its song” (Bourgeault, 2010, 123). Having a respected and intimate other witness our soul’s treasure – be it lover, parent, friend, or colleague – reveals vistas of personhood far beyond our limited self-horizons, allowing us to soar above the ordinary.

These ponderings at the intersection of love and cosmos brought to mind another all-time favorite movie, “Contact,” in which researcher-cum-astronaut Ellie Arroway* is offered the dangerous mission of representing earth by traveling to the planet Vega to meet aliens whose motives are unclear. Ellie falls in love, too, with Palmer Joss, a self-styled spiritual teacher, and together they discuss whether she should accept the life-threatening challenge.

In my most memorable scene from the movie, Elly passionately

explains why she must go, “For as long as I can remember, I’ve been searching for something, some reason why we’re here. What are we doing here? Who are we? If this is a chance to find out even just a little part of that answer… I don’t know, I think it’s worth a human life. Don’t you?” Risking it all for a glimpse into cosmic purpose, Elly is rewarded with a compelling wormhole journey that enables her to forgive herself for her father’s premature death, and to accept herself as a beloved one, despite her social insecurities. At the film’s conclusion as Ellie teaches children about the planets, she confidently implies that space is not empty, as they (like modern children everywhere) presume. The children seem unmoved by her tacit suggestion, but the audience can gather that she has comprehended the universal message of the world’s wisdom traditions that the true aims of life always involve love, companionship and connection between people and the cosmos.

Like these films, what captured my imagination in the planetarium show was the awe-inspiring history of our quest to find our place in the universe. From Ptolemy’s

crystalline spheres, to Copernicus’s heliocentric theory, and onto Hubble’s discovery of an apparent infinitude of galaxies, our hungry quest for cosmic orientation continues to reveal the miracle of life. Considering the drama of the universe’s 14-billion year journey and our improbable emergence as conscious life forms, we truly are the stuff of stardust that can reflect in a way no previous generation can on the glory of simple existence. As the Universe contemplating itself, we can come to palpably experience our connectedness to the beauty and majesty of the Universe’s unfolding in a visceral heart opening, as I sensed from the very start of the presentation. 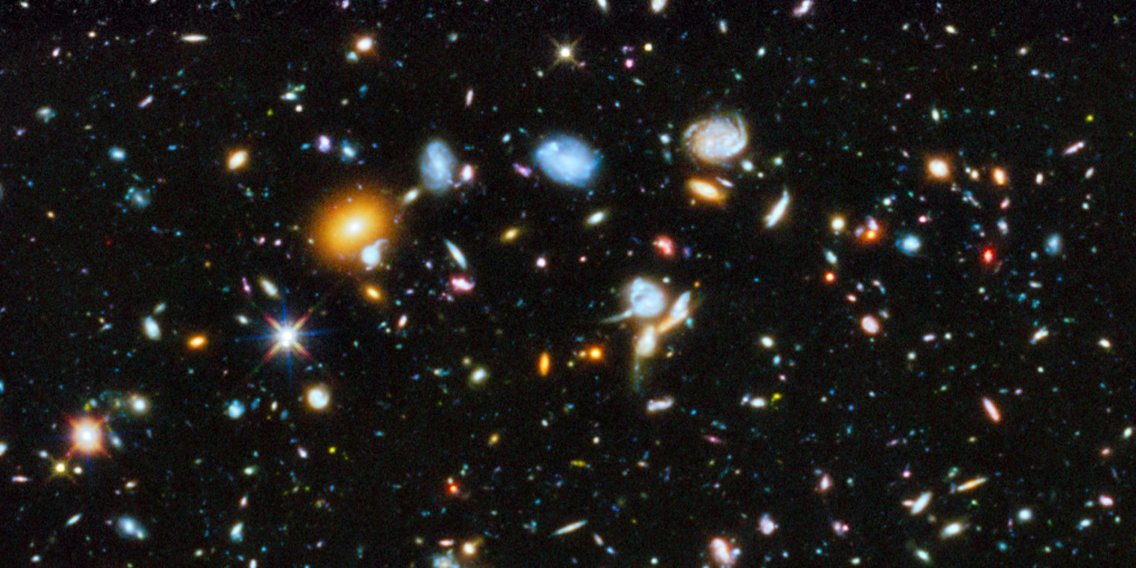 Hubble’s picture captures not stars, but entire galaxies – more than the eye can see.

My teaching has always sought to do the same. I want students to see/experience a much bigger reality than they had ever previously considered, and my pedagogy of choice for

two decades to facilitate such entry into a larger world has been service. Seeing life from the perspective of an orphan in China, a survivor of the Phuket tsunami in 2004, a female scholarship winner in rural China, a poverty-stricken student in India, or a victim of sexual abuse has expanded the worldview of my students, much like the presenter did for me at Griffiths. Shocked out of our mundane complacency, service gives our hearts the opportunity to grow as we learn to accommodate suffering. Education needs to expand our heart horizons at every point by going out, out, out; to see the world – as my students say – beyond their bubbles.

So, yes, looking through a telescope can change you. Holding an orphan or listening to stories of abuse can change you. I’ve been teaching worldview expansion through service for many years, and it works.

But it is not sufficient, and that’s my big take-away from my last decade of teaching.

The corrective was always encoded in the stories, like the ones above, but I couldn’t see it. The presenter said that looking through a telescope brings you home, but then he brought the lit sphere to his heart. Mia and Sebastian explore the planetarium’s universe, but the real bond they shared was love, as their duet later in the movie makes clear, “Just one thing everyone wants . . . Yes, love, Yes, all we’re looking for from someone else.” Elly space travels further than any person in history, but in the end what matters is that

making contact healed her pain of loss and alienation, becoming someone who knew her purpose and shared it with students. For me, 20 years of service-learning brought about worldview-altering revelations for students, but my own journey with inner awakening enabled me to see that cultivating a body-mind-heart balance is the most essential aspect of education. 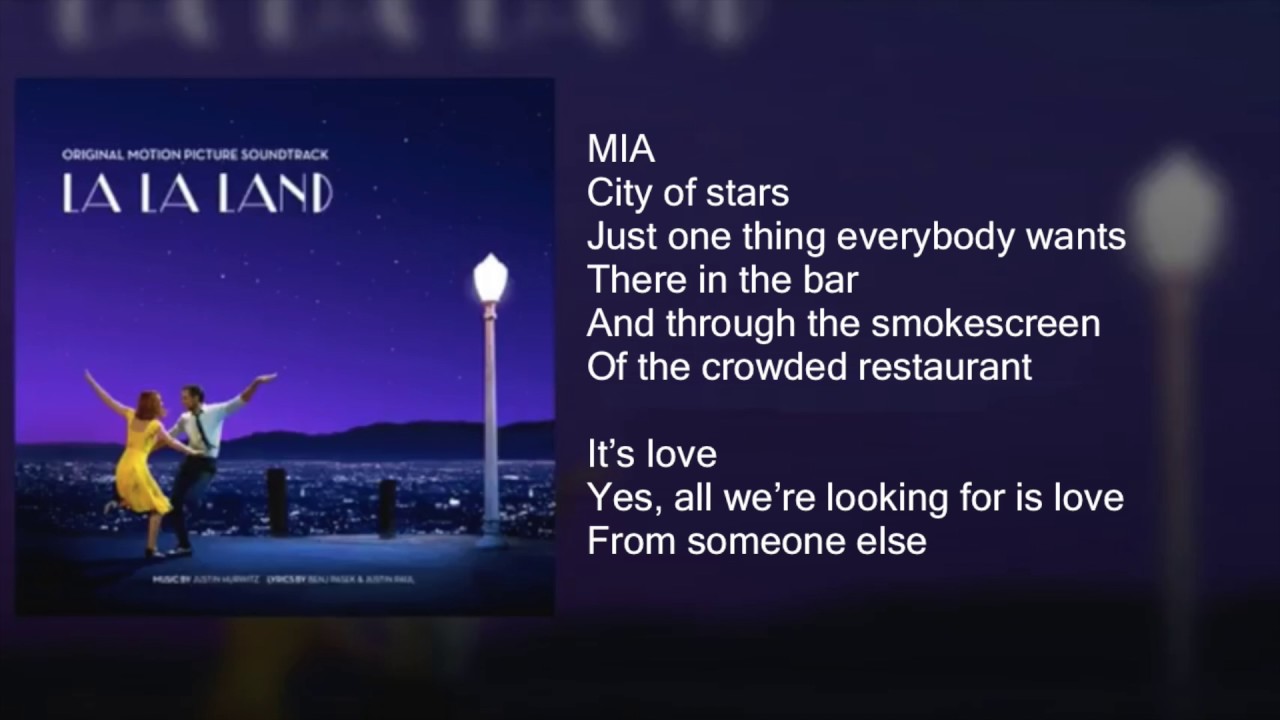 We as educators need to lead with the big picture, the outward-facing, the dramatic and demonstrable. These are necessary – and we have to do it so much better than we are doing it! But it is not sufficient. We also need to tell cosmic stories to find our way home to the heart; we need to recognize the power of partners who will hasten our journey into hidden essences; we need to sacrifice aspects of our lives to gain some inkling of our personal and cosmic purpose. Looking out is only a facsimile for the greater journey; it will be, as Christopher Fry poetically describes, “the longest stride of soul” humans can take, the inner journey of participation in a universe of infinite mystery, pleasure, and surprise. Yes, let’s teach about the universe, the world outside the bubble, but let’s make sure we complement this mind-shifting perspective with the even more powerful journey into inner space – where it is intuited that the lit orb will darken and finally come to rest.

*“As Zoe MaCaffrey explains, “This search for life outside our solar system becomes a personal and spiritual quest for the young researcher who tries to reconcile the vast void of sadness within her by exploring the void “outside” of her known universe.”

Bourgeault, C. (2010). The meaning of Mary Magdalene: Discovering the woman at the heart of Christianity. Boston: Shambhala.

I have served as a humanities teacher at Hong Kong International School since 1990, teaching history, English, and religion courses. Since the mid-1990's I have also come to assume responsibility for many of the school's service learning initiatives. My position also included human care ministry with the Lutheran Church-Missouri Synod in Hong Kong, southern China, and others parts of Asia from 1999-2014. Bringing my affluent students into contact with people served by the LCMS in Asia has proved to be beneficial to students and our community partners alike. Through these experience I have become committed to social conscience education, which gives students the opportunity to find their place in society in the context of challenging global realities.
View all posts by martinschmidtinasia →
This entry was posted in inner awakening, Uncategorized and tagged cosmology, cynthia bourgeault, inner awakening. Bookmark the permalink.